When you are in need of emergency assistance, you need to be able to BE SEEN and BE HEARD. You need to also know how to communicate that you are in distress. If you know how to signal for help in a variety of different situations, then you will "Be Ready" to be rescued when needed.

Be seen and be heard. Knowing  how to get someone's attention and let that person know you or someone in your group is in need of emergency help can be a matter of life and death. In most situations, help is only a 911 call away. Be sure to let the dispatcher know your location above everything else. If your call is dropped, at least they will know where you are. Keep your phone charged and carry a back-up power source with you if you are able. But what do you do if you don't have access to a phone, your phone is dead, or you are out of phone coverage? As a society, we have grown very dependent on our mobile phones. You need to know other options.

Since you were an infant, you have known that shouting, crying, and making verbal noise is a way to get attention and to call for help. In most situations, that will still be your first means of communicating. But the sound of a human voice does not carry very far and it takes a lot of energy and effort to maintain a loud volume. If you are injured, can't breath very well, or even just have a dry throat, this may not be a viable option. 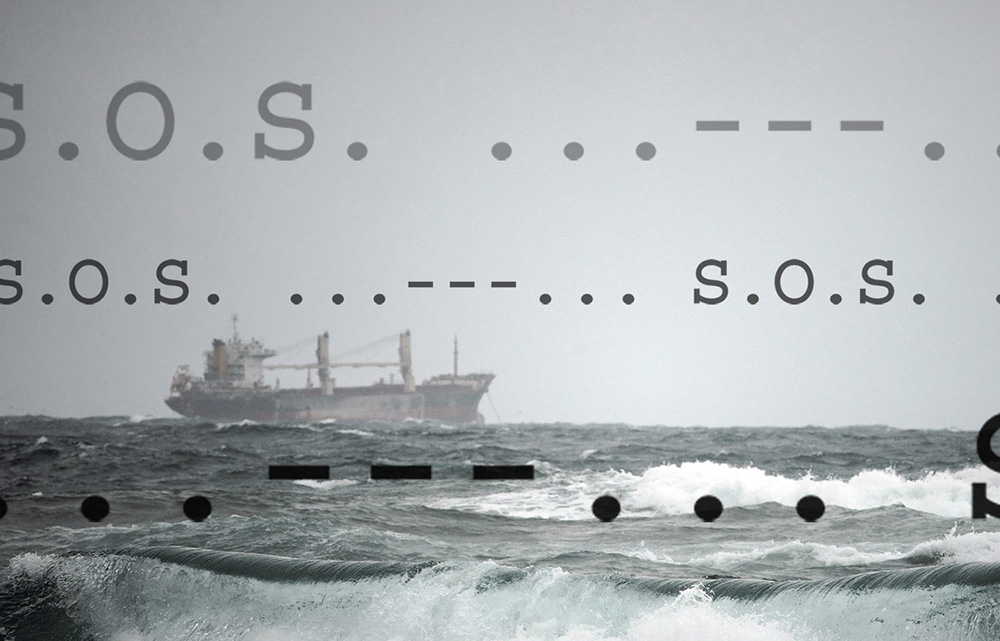 A Repeated Series of Three

People in collapsed buildings or mines bang or tap on pipes or with pipes on something hard to be heard further and clearer than a voice ever could. A not naturally occurring repeated series of three taps makes the sound distinct and stand out from the other background noises. If you are trapped and use this means of signaling, repeat the sound every one to two minutes until you get a reply. 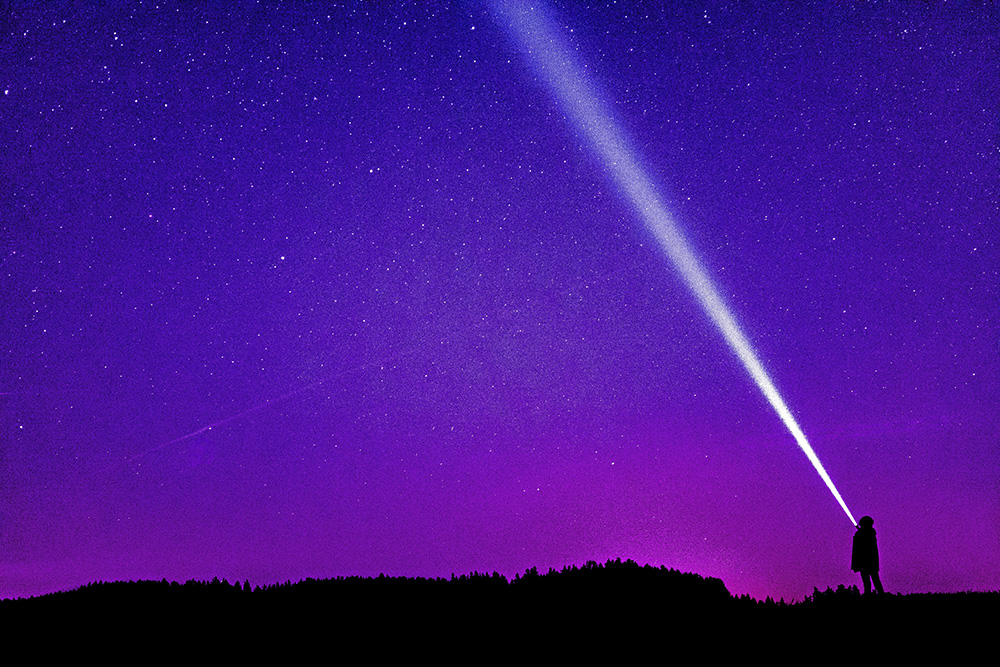 Flashlight Signaling in Series of Three

Hunters in need of help can fire three shots in the air to signal distress.

Stranded drivers can honk three times on the horn and flash three times with the headlights to call for help. It's also a good idea to attach a red colored cloth to an antenna or have it hang out a window.

Pushing the transmit button on a two-way radio in a repeated series of three is a non-verbal way of calling for help if you are unable to talk, the transmission is faint or garbled. If you don't have an agreed upon frequency for transmitting to your group or to rescuers, continually broadcast on different frequencies to find someone and talk rather than just key the transmitter. Remember that FRS/GMRS radios are pretty much line-of-sight and limited to about a mile if the signal is blocked by buildings or terrain.

Three blasts from an air or boat horn if you are in trouble on a body of water says you have an emergency situation.

A whistle is a valuable addition to your emergency kits and it's a good idea to always carry one with you in a pocket or purse. The sound of a whistle can carry much further than the sound of a human voice and takes a lot less effort than shouting. As long as you can breathe, you can blow a whistle. Three blasts of a whistle, "TWEET, TWEET, TWEET", is a universal signal of distress. 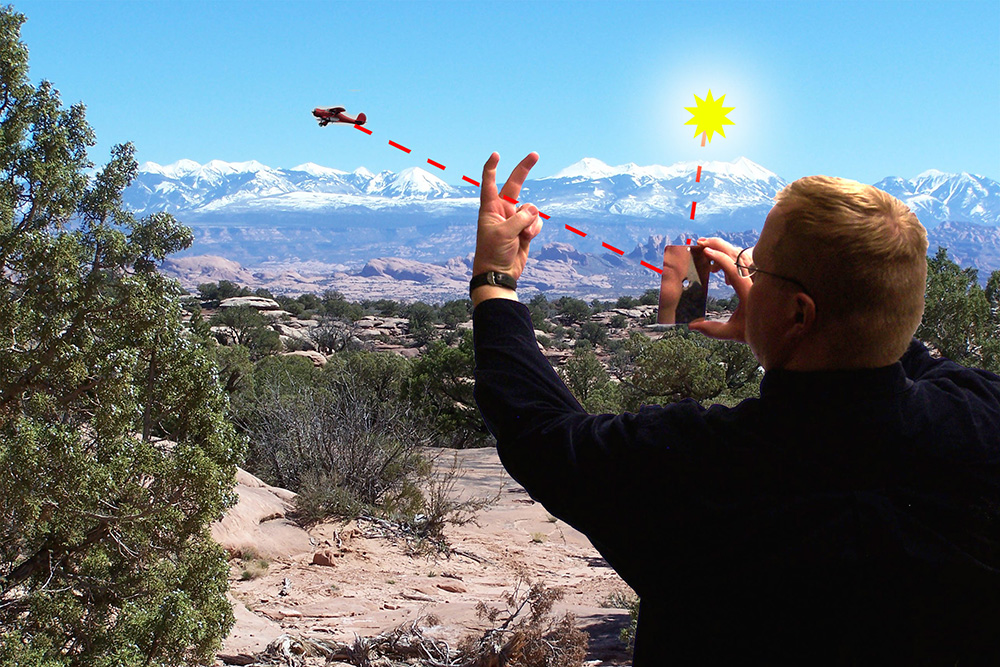 Reflected sunlight can be seen for miles

A mirror  can be used to signal for help. Reflected sunlight can be seen for miles. There are mirrors that are made specifically for signaling that you can purchase at any outdoor or preparedness store, but any mirror  or any reflective object will work. Extend your arm and raise two fingers to form a "V". The "V" is your target sight. Move your arm and finger target to point to the person or object you want to signal. Angle the mirror to reflect the sunlight between your two fingers, directed at your target. You'll be surprised at how well you can see the signal, even from miles away. Flash in repeated series of three to signal distress. You can and should practice to figure out how best to signal in this way, but unless you are in a survival situation, DO NOT flash signals at aircraft. 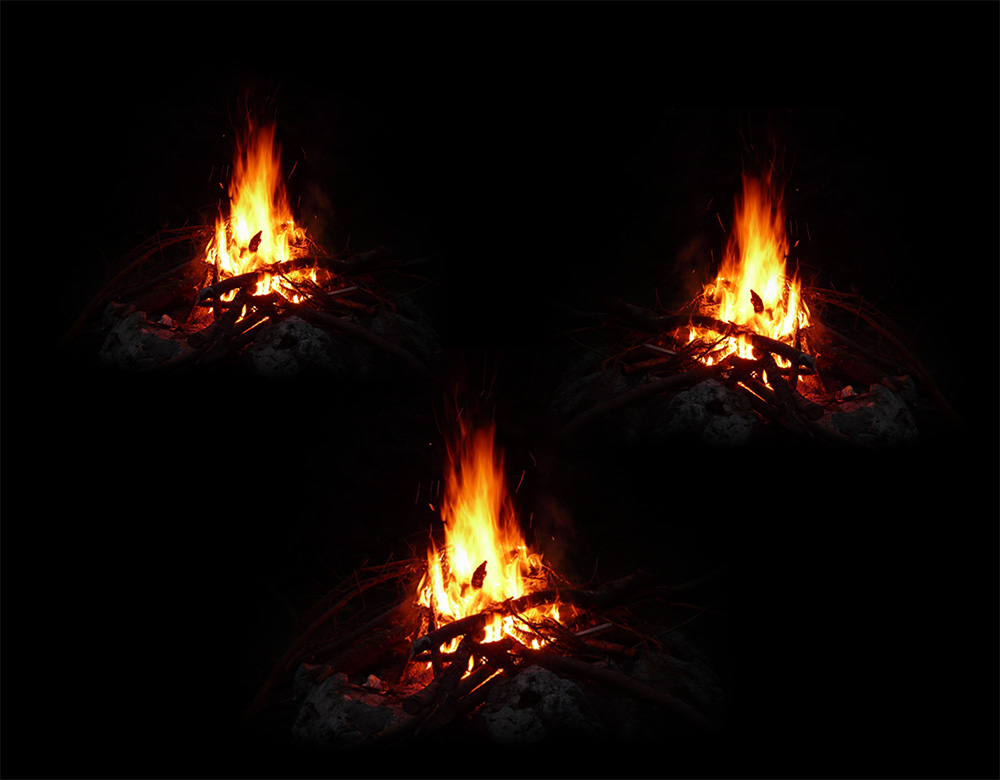 Fire is not only an important part of survival for it's heat and light, but for it's signaling as well. Attract attention during the day by covering the fire with with green vegetation, grasses, damp leaves, or even rubber tires or oil (only in emergencies) to create thick smoke. Be careful to not put out your fire, or to let it spread beyond your control.
At night, make three different fires arranged in a triangle that can be seen from the air. Three fires in a triangle is another signal of distress. Remember three. Build your fire in an area that is easily seen from the air like in a clearing or on a ridgeline, not among the trees. If you are limited on fuel for your fire or you are moving, have some fire making tinder ready to go to quickly make a signal fire if you hear or see rescue vehicles or aircraft. 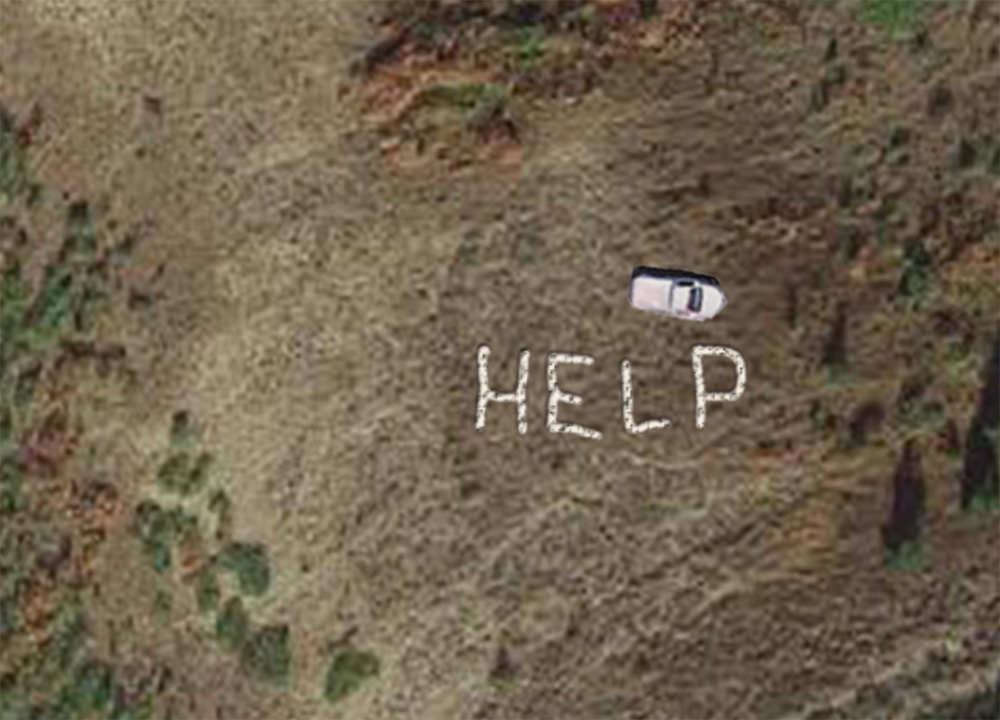 Again, remember that you want to be seen and be heard. Use brightly colored clothing, tarps, sleeping bags, or anything else that will stand out from the earth colors around you to attract attention. Put bright colored items in trees and arranged around your area where they can be seen.

Create a signal flag with a bright red cloth attached to a long stick that you can wave at passing aircraft or vehicles. If you do not have a flag, stand in the open with both arms waving above your head.

Accurate information allows you to make informed decisions. Communication is often the first thing lost in an emergency. Reliable and true information sources are essential during a disaster.
Click Here 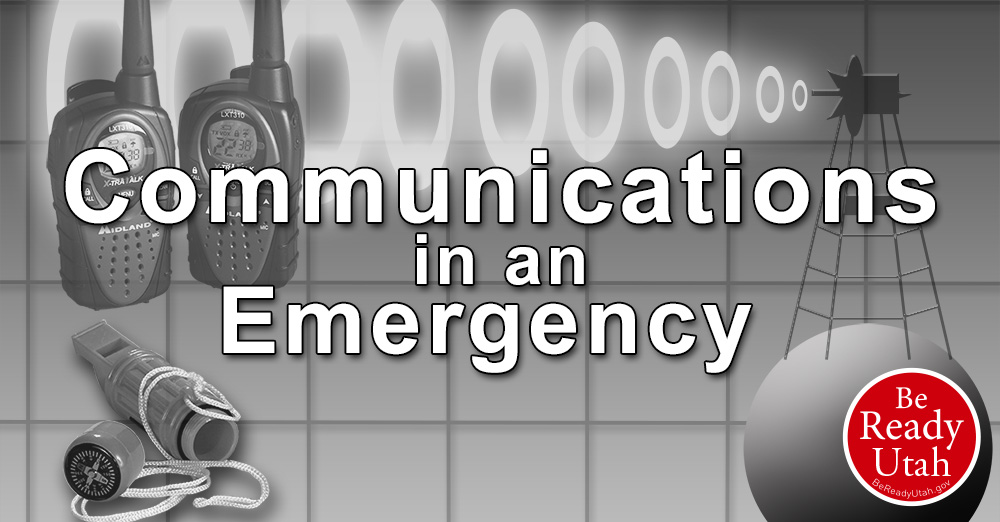 Disaster supply kits need to be unique for each individual according to your own needs and abilities. "Be ready" with the right communication information and supplies in your emergency kits.
Click Here 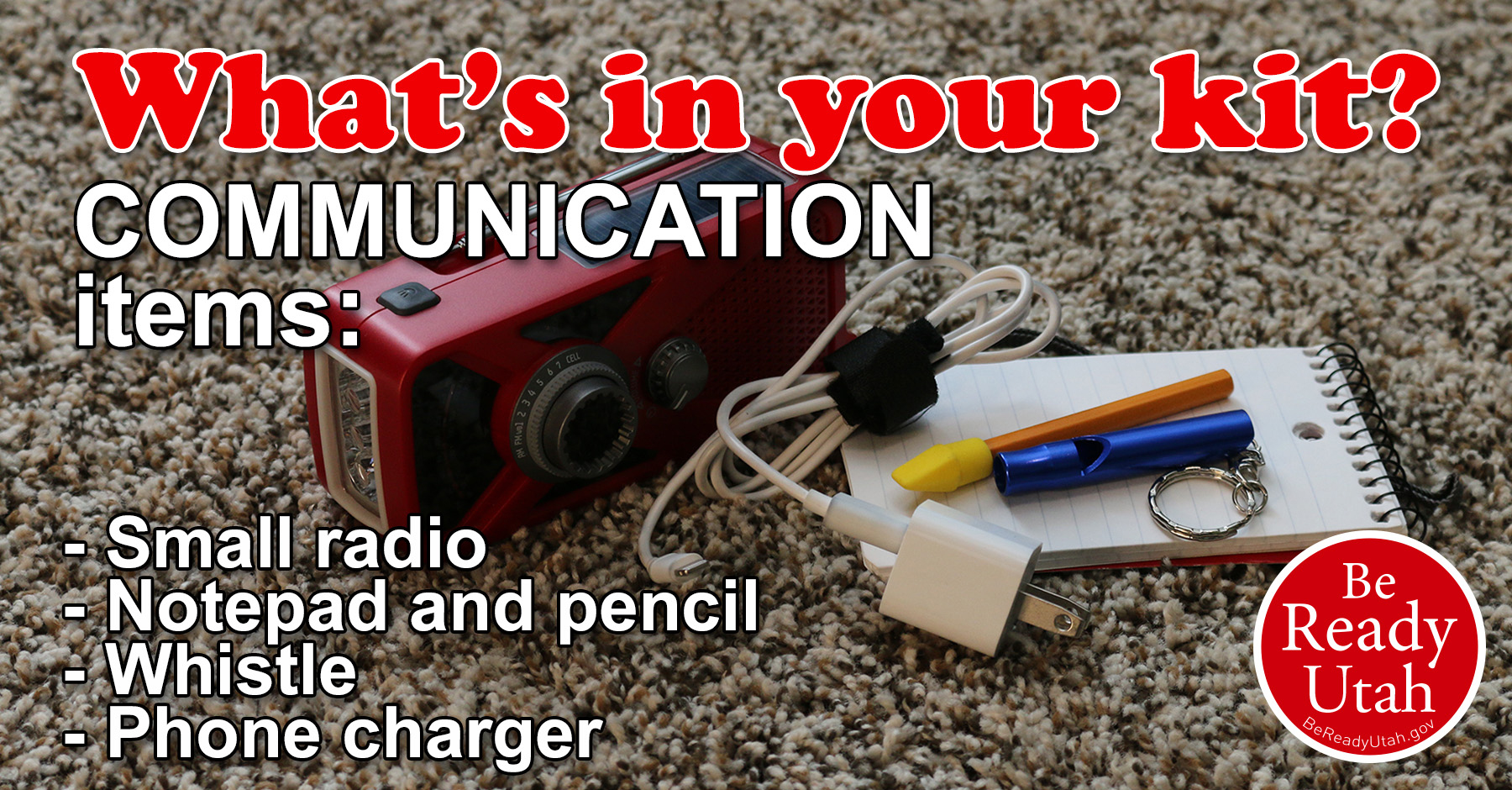