Before you go out into potential avalanche prone areas, make sure you have the training, equipment, and knowledge of what to do to prevent avalanches and how to respond if an avalanche were to occur.

5 Basic things that can prevent most avalanche accidents: *(watch this video for details) 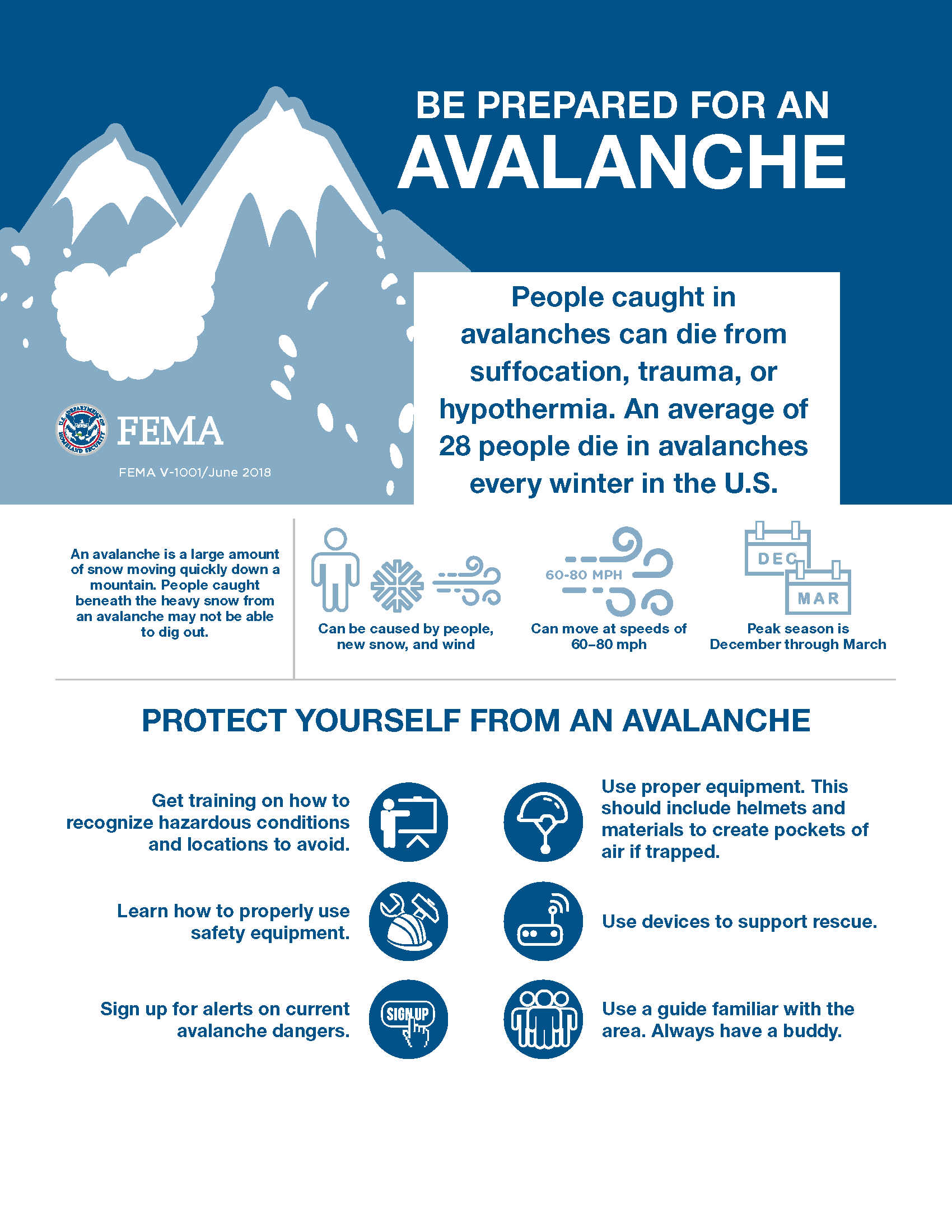 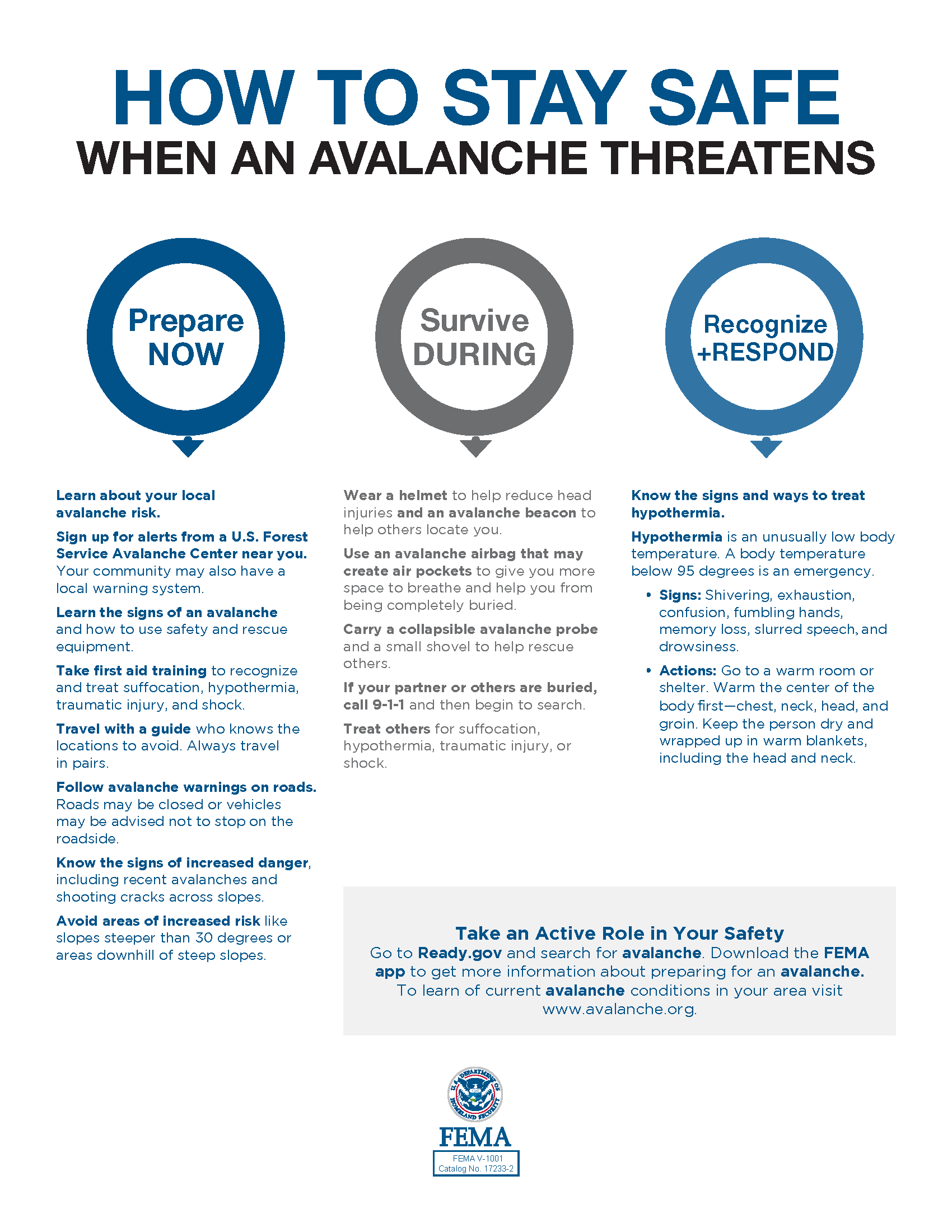 What is an avalanche?

An avalanche is a mass of snow sliding down a mountainside.

What causes an avalanche?

Avalanches occur when stresses (driving forces), such as the pulling of snow downhill by gravity, exceeds the strength (resisting forces) such as the bonds between snow grains. Four ingredients are needed to produce an avalanche:

Where do avalanches occur?

About 90% of all avalanches start on slopes of 30 - 45 degrees; about 98% of all avalanches occur on slopes of 25 - 50 degrees. Avalanches release most often on slopes above timberline that face away from prevailing winds (leeward slopes collect snow blowing from the windward sides of ridges.) Avalanches can run, however, on small slopes well below timberline, such as gullies, road cuts, and small openings in the trees. Very dense trees can anchor the snow to steep slopes and prevent avalanches from starting; however, avalanches can release and travel through a moderately dense forest.

Who gets caught in avalanches?

How do people get caught in avalanches?

In 90% of avalanche incidents, the victim or someone in the victim's party triggers the avalanche.

Visit this page for information on what to do in back country emergencies.

Taking an avalanche course is an important step in your backcountry education. Visit avalanche.org to learn about the different types of courses and to find a course provider near you.
Avalanche Courses

Get started on your avalanche education. Take the interactive tutorial.
Interactive Toutorial 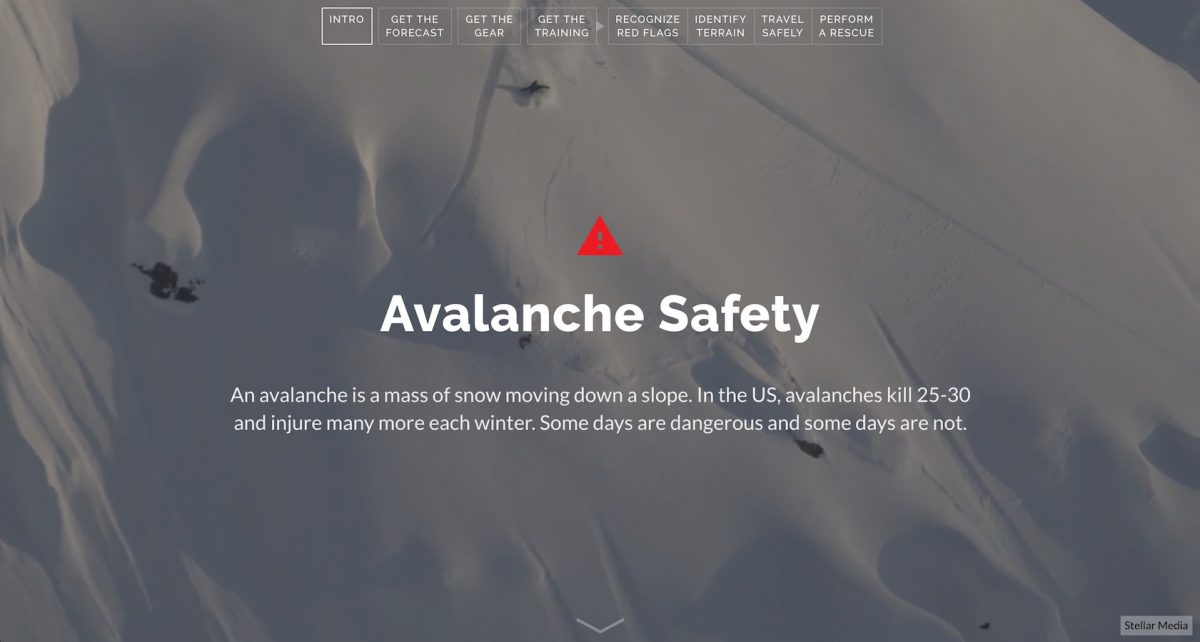 Visit the interactive avalanche forecast map to learn what avalanche risks exist in the area you want to go to.
Forecast Map