In the event of a nuclear or radiological emergency, your best course of action is to get inside, stay inside, and stay tuned. If you are exposed to radiation then use the tips here to decontaminate.

Learn and teach others what to do in the event of a nuclear or radiological event.

Ask your city where the designated fallout shelters are located.

Ask your city how they plan to communicate with the public.

The three factors for protecting oneself from radiation and fallout are distance, shielding, and time.

Remember that any protection, however temporary, is better than none at all, and the more shielding, distance, and time you can take advantage of, the better. 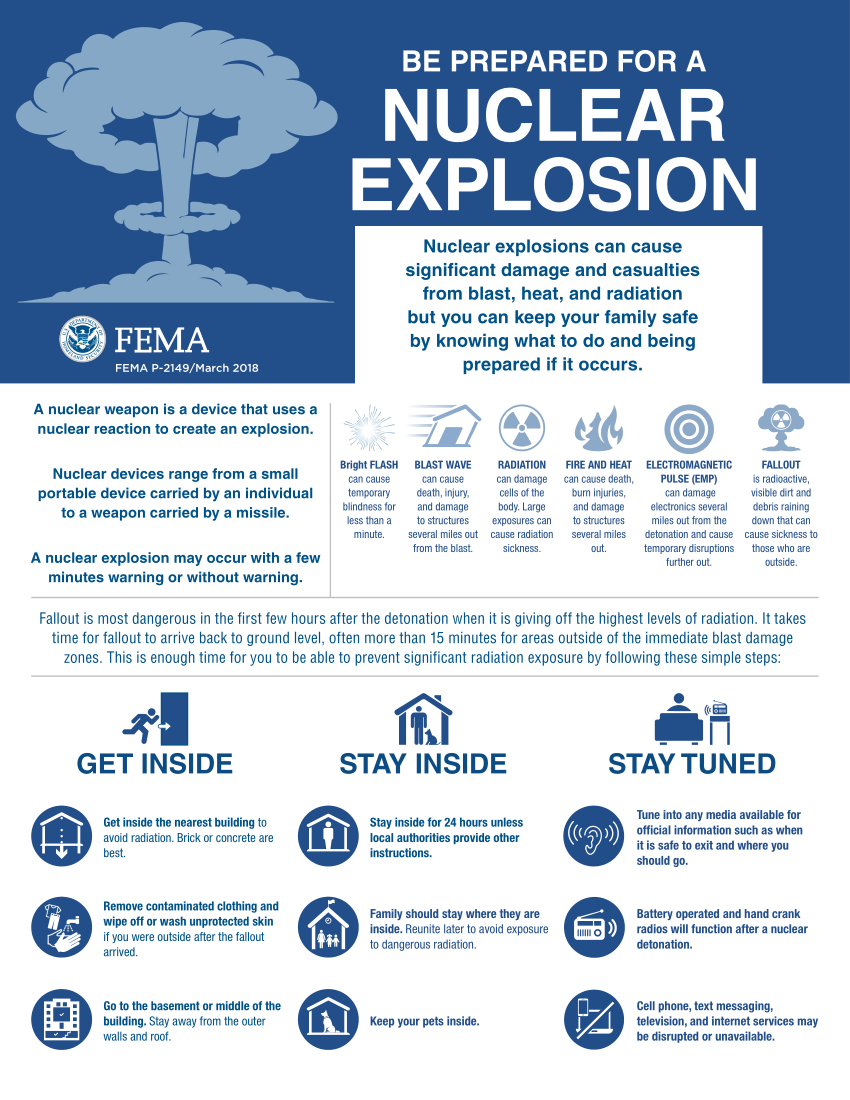 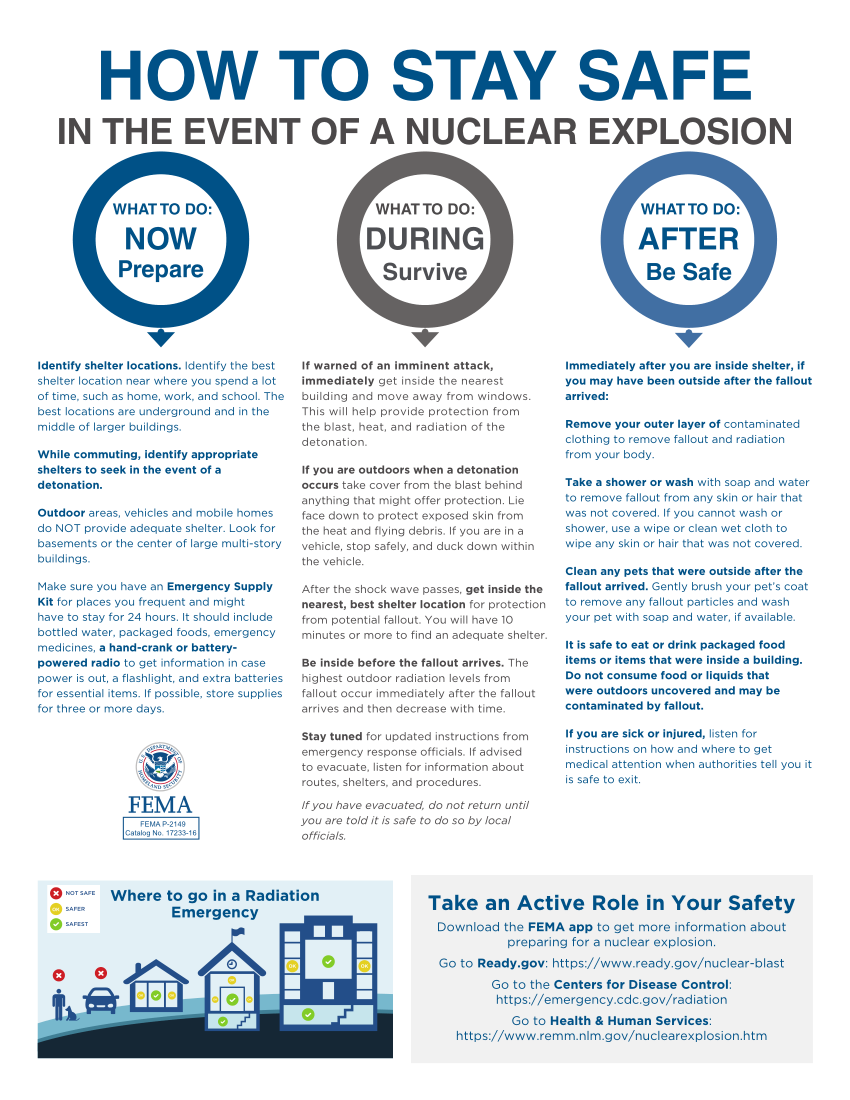 To prepare for a nuclear blast, you should do the following:

What to do in the event of a nuclear explosion

If an attack warning is issued:

If you are caught outside and unable to get inside immediately:

Returning to Your Home